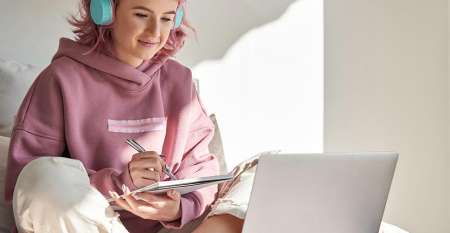 If you’re about to start university you’re going to be hit with offer after offer to make you choose one bank over another. These freebies might seem like easy money, but will the account they’re attached to be right for you?

The banks are all keen to get you as a student as they know it means you’ll probably stay with them when you graduate, and then maybe open credit cards or even get a mortgage with them later on.

So, before you sign up for the free rail card or £50 voucher, take a read of these four features we think are important – it could mean you’re a bit better off during your university life.

The big difference between a normal account and a student account is many of the banks will give you an interest-free overdraft.

When you use an overdraft you’re borrowing money from the bank, so an interest-free one is probably the cheapest way you’ll be able to borrow money as a student.

That doesn’t mean you should treat it as your cash to spend! Treat it instead as a buffer for emergencies or near the end of term before the next loan payment is due.

On the downside, if you go past the overdraft limit there can be some very expensive fees and charges attached.

Plus, it all needs to be paid back, and after you graduate it’s likely you’ll begin to get charged interest on any money you still owe.

Still, it’s a better option than quick cash loans which come with very high-interest rates. If you think you’re likely to need an overdraft, getting the best deal should be a priority.

Find out more in our guide Student and graduate bank accounts

Interest rates aren’t great right now, but take a look to see if you can earn any money on your cash when it’s sitting in your account.

Some banks are offering as high as 5%, though only on small amounts of money.

Keeping track of your money is key to making sure you don’t overspend. Fortunately, most banks have an app which you can access at any time to see your balance and when bills are due.

You might want to consider whether the bank you choose has the features you need on its app. You might find budgeting a bit easier if you can use savings pots or see your balance after bills have been taken. Modern app-based banks are very popular for features like this, but you may also want to have a traditional student bank account for access to an interest free overdraft.

It’s also worth thinking about whether you’ll want to pop into a branch, and if so, is there one near you.

Find out more in our guide Budgeting for college or university

Once you’ve worked out if the above features are going to work for you, then you can take a look at the freebies. Some are worth more money than others, but if you’re not going to get the train, is there any point getting a rail card?

Is your bank closing? Here’s what you can do