How to pay no tax on your car for life 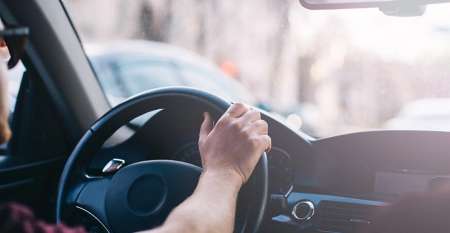 Motoring might be cheap right now, but any extra saving you make can help. Could how much you pay in tax be the answer?

Vehicle excise duty (VED), commonly known as road tax or car tax, is based on how environmentally-friendly a vehicle is. Paying less tax is one way to drive down the cost of your next car, and you don’t have to buy an electric or diesel car to do it.

You can pay no tax on your car for life

There are 13 tax bands with costs ranging from £0 for a brand new car to £1,090 for band M. Thankfully rates drop in their second year for bands H to M. If you get a car in band A you pay zero tax in the first year, and this continues for the life of the car. Though the cars in this band tend to be smaller, there are big name and popular cars that fit into this group such as the Ford Fiesta. If you fancy a bigger car tax-free, you could consider a  diesel engine.

First year costs of car tax can be low too

There are a few other bands which are tax free in that first year, so even if your car isn't band A, you can still make a saving.

You also don't need to pay the tax in the first year on any cars in bands B, C and D. However unlike band A, the rate of VED you pay in subsequent years will rise to a standard rate, although they are still low compared with the top bands. Bands B, C and D go up to £20, £30 and £110 per year respectively.

You do pay car tax on bands E, F and G from the start, and rates are the same as year one.

The amount you pay each year on the higher bands actually drops to a lower rate from the second year onwards. That's worth bearing in mind if you are buying second hand.

Find out more in our guide Car tax bands explained

Price of a new car vs subsequent tax savings

Buying a tax-free car could give a great saving, but it could still end up costing you more overall.

It's sometimes the case that cars with the more economic engines are more expensive than models of the same car but with a different engine. If the less expensive car was in band B and you kept it for five years, the tax would only add up to £80. Even if there are other saving to be made from having a more economical car, such as using less petrol , those savings might not outweigh the cost of a more expensive car.

If you have a car in band D upwards, you have the option to pay your tax annually, every six months or monthly. The cheapest way is to pay for the whole year upfront.

You can also pay by Direct Debit. Except for the single annual payment, you can save a few extra quid this way, though the cheapest is still paying upfront for the whole year. You can also save yourself an extra tenner by getting a car which runs on alternative fuels.

How you can cut your petrol spend

Speeding fines and tickets - How much do you have to pay?