Om-buds-what? How the Financial Ombudsman Service could help you 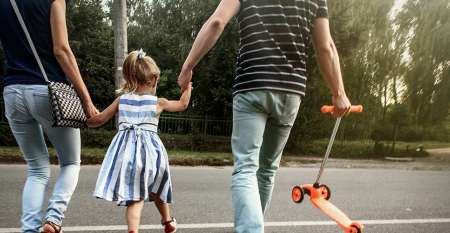 Ombudsmen may have a bit of a strange name, but what they do is simpler than they sound. We spoke to one of the largest Ombudsman services in the UK to hear about why you should make sure you know how they can help you.

An Ombudsman is a free service which helps you resolve any disputes you may be having with a company. Using their services is a way of trying to resolve a complaint without going to court. There are different ombudsmen services for different areas of complaint.

We spoke to Lena Nunkoo at the Financial Ombudsman Service which helps resolve complaints with companies that offer financial services, for more about what they do, and a real life example of the difference they can make.

What is the Financial Ombudsman Service?

There’s been a lot of press coverage lately about ‘ombudsman’ schemes set up to help people and businesses sort out their problems about everything from shops to service.

But, taking a step back from the headlines what does ombudsman actually mean? What is an ombudsman and what does it mean when it says it’ll “sort out your problems?”

“Ombudsman” is a bit of a funny word – it’s Swedish, as our friendly Viking Hakon explained in his debut video.

What is an ombudsman?

But it isn’t one that people often come across in their everyday lives. Because our name is unfamiliar it can look formal and be difficult to say, conjuring up images of judges wearing wigs, legal arguments and scary courts, but it’s the opposite and really useful to know.

How can the Financial Ombudsman Service help you?

At the financial ombudsman, we can help with all kinds of money matters – from insurance and mortgages to savings and payday loans.

Rather than explaining what we do, let’s go through an example to show what we do.

“In one case that we sorted out, we helped someone who was being harassed by a debt collector. He’d told them several times that he couldn’t afford the repayments they were asking for – but they refused to listen. The collectors were calling up to 12 times a day.

We looked at what had gone on and it was obvious that the business had ignored the fact the repayments were unaffordable. We said that was unfair, and told it to work out affordable repayments and stop the harassing phone calls.”

Being able to offer this practical help to sort out a problem is something that all ombudsman have in common.

So, if there is a problem that you’re trying to work out, but find you’re hitting a brick wall, we can help.

Sometimes you might not even be able to put your finger on what the issue actually is, but all an ombudsman needs is to hear the story in your own words and we’ll unravel what’s happened. And if you’re not sure which one you need, give us a call and we’ll point you in the right direction.

Our contact page at the Financial Ombudsman Service tells you how to get in touch.

Have you ever complained about a financial service? Did you know who to go to and how they could help?

This guest post is from Lena Nunkoo and doesn’t necessarily reflect the views of MoneyHelper. Find out more about what the Financial Ombudsman Service does by visiting their website.

Unwanted gift? Do you know your rights to return?

Getting money back for delayed or cancelled trains