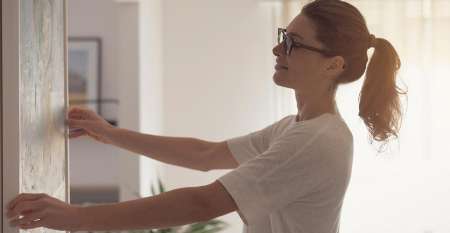 The number of people getting divorced is increasing. This was true even before the pandemic, although lockdown life pressures have also caused many more couples to reassess their relationship.

When breakups happen, the effects aren’t just emotional, your money can also be affected. MoneyHelper is here to help with a range of resources, including freephone appointments with experts on pensions and divorce, like me.

Why book a pensions and divorce or dissolution appointment?

Pensions might not be what you think about first when your marriage ends and so our appointments are designed to make sure you don’t forget about them. Relationship breakdown is difficult and can be fraught with emotions which can get in the way of objective thinking about money matters – so speaking to an impartial expert can help. Also, while people may be forced to think about assets like the marital home, they don’t think about pensions in the same way.

We know that 71% of divorced people did not discuss pensions at any stage in their divorce proceedings.  That’s a problem as people underestimate the value of their own pension, or their ex’s – and yet the value of someone’s pension can often be much more than how much a marital home could sell for.

Who can benefit from a session?

Pensions can be complicated and jargon-filled at the best of times. My view is that almost anyone can benefit from a session if they’re going through a divorce or dissolution. Pensions are particularly tricky to value for divorce and dissolution purposes – there are experts who specialise in this for a living because it can be so complex.

Women might find an appointment with us particularly helpful because they are likely to have been affected by the ‘gender pensions gap’. For instance, I’ve spoken to many women who have taken career breaks to prioritise their families and sacrificed pension opportunities in the process. This needs to be considered in any divorce settlement. Almost 25% of divorced women have no private pension so this is really life-changing stuff.

What happens during a typical appointment?

A typical appointment lasts 45-60 minutes. During the session we take you through your options so you can be better informed to help you move forward.

It’s a good idea to gather as much documentation or detail about your pension, and that of your ex, before an appointment. This will help us guide you as best as we can. Things like the type of pensions you or your ex-partner have, and any information on the value of these, can help us to tailor our support to you and your situation. We don’t provide financial or legal advice, but we can direct you to sources who can.

How has MoneyHelper already helped people with their pension and divorce questions?

We’ve helped hundreds of callers to navigate pension and divorce issues. People are sometimes distressed – they’re dealing with a major negative life event.  Often, they just want to sign a piece of paper to get it over and done with because they’re intimidated by all the information. However, rushing to make decisions is usually a bad idea.

My colleagues and I aren’t there to take sides, or to ‘encourage’ anyone. We aim to help any caller to feel like an equal partner in the process.

We get quite a few callers like Rita*. She had just separated from her husband of over 30 years and had given up work to care for their two children and moved around to support her ex’s career. Rita had looked at options and her preference was to keep the marital home and to ‘offset’ this against any additional pension entitlement from her husband. She was very clear when she spoke with me that she did not want to use a solicitor because she thought this was an ‘unnecessary expense’. She was also concerned that her husband would need enough income to pay rent or afford a new mortgage.

Based on what she told me, he had worked in public service for many years, which meant he likely had a high value pension. I also showed her how these pensions dwarfed the value of the marital home and meant that her plan would not be a fair deal for her. She decided at the end of the call that there could be value in employing a solicitor and a Pensions On Divorce Expert (PODE) to value their pensions accurately.

When should I seek guidance about divorce or dissolution and pensions?

My advice is to seek out support early in divorce discussions. We can signpost you to resources and expert help so you and your ex can reach the fairest settlement for both of you.

How can I book an appointment?

It’s easy to book an appointment. You can email virtual.appointments@moneyhelper.org.uk and we will let you know when a session is available. If you’re not sure whether you need an appointment, or would like an initial chat, you can speak to one of our guiders first by calling the MoneyHelper pensions helpline on 0800 011 3797.

The dangers of pension release

How do I find my old pensions?