How you can cut your petrol spend 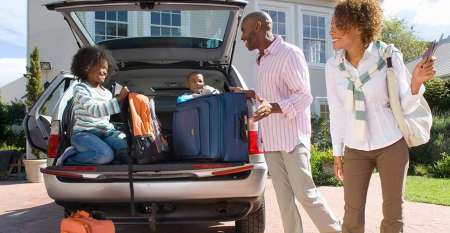 According to the AA, petrol prices are at their highest level in almost eight years. Unfortunately, many of us depend on our cars and other vehicles to get us from A to B. So what can we do to cut costs when it comes to fuel consumption.

Source: The BBC (Opens in a new window) website

Fill up where it’s cheaper

We'd always advocate shopping around for the lowest price, and supermarket pumps are often among the cheapest. But it’s pointless driving out of your way to save a few pence per litre.

However, if you get to know the petrol stations on your regular routes you’ll know which ones are cheapest – so pull in to those pumps when you’re driving past. And if you’re about to go on a long motorway journey or out into the middle of nowhere, fill up before you have no choice but to pay inflated prices.

You can also reduce how much fuel you use to lower your regular costs. That doesn't mean driving less (though of course that would make a difference).

The trick is to drive in a more fuel efficient manner. Some of the top ways include:

Get a different car

You'll save between 10% and 15% on fuel if you drive a manual car rather than automatic – though semi-automatics are a lot better.

Newer cars are often more fuel efficient so should cost you less – though that’s not a reason to buy a new car!

Though diesel cars do tend to use less fuel, buying the fuel is often more than petrol – so it’ll likely cost more overall.

You could even opt for electric or hybrid cars which you charge rather than fill up. These do have a significant initial outlay, but imagine never having to groan when new hikes in petrol prices are announced.

How to pay no tax on your car for life

Speeding fines and tickets - How much do you have to pay?